The design objective for the Irish Memorial landscape was to create an elegant space for the Goodacre sculpture in a contemplative garden of remembrance and hope. The Memorial circle, paved in stone, enhances the appreciation of the narrative Goodacre sculpture in the round with its many dramatic vignettes. Paths are oriented to frame speciﬁc views depicting the principal themes in the sculpture. In addition, views to the sculpture from the main pedestrian corridors on Chestnut Street are framed with plantings. The main façade of the sculpture, which rests on a black granite plinth is oriented south to southwest to maximize natural lighting. 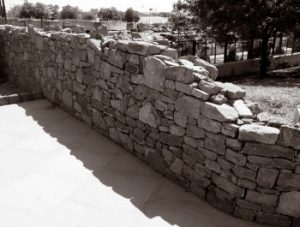 Various elements of the Irish landscape are incorporated in the park design. Irish walls recall the miles of walls built from 1846–1852 as part of a public works effort during An Gorta Mór. A stone from Croagh Patrick, Ireland’s pilgrimage mountain, etched with a celtic cross, is included in the Saint Patrick’s planter to create a place of ceremony. The planter also includes a single Hawthorn tree reminiscent of the honored ‘Craobh’ in the Irish landscape. Ogham standing stones deﬁne principal entries to the park and announce ‘The Irish Memorial’ in Irish and Ogham an ancient language from Ireland. Plantings reﬂect an Irish hedgerow pattern to the east and a Pennsylvania Piedmont plant palette to the west along the respective Irish and Philadelphia entry paths. Groundcover plantings and a sustainable mix of grasses evoke the appearance and mood of an Irish moor.

Interpretive pedestals along the entry paths recount the history of; An Gorta Mór, the ensuing emigration, the Irish experience on arrival in the new world, the contributions of the Irish American community and a call to action in supporting immigrants to the City of Philadelphia. Recognition of major donors is incorporated on Ogham stones in the Memorial circle, on interpretive pedestals and on plaques in the St. Patrick’s planter. The ﬂags of the United States and Ireland form a backdrop to the Memorial circle.

The Irish Memorial in Philadelphia, with it’s massive ﬁgurative sculpture by Glenna Goodacre is a unique artistic expression of An Gorta Mór. It joins a number of Irish Memorials around the world including Mayo, Dublin, New York and Grosse Isle that collectively acknowledge the catastrophe and honor of those who perished and were forced to emigrate. 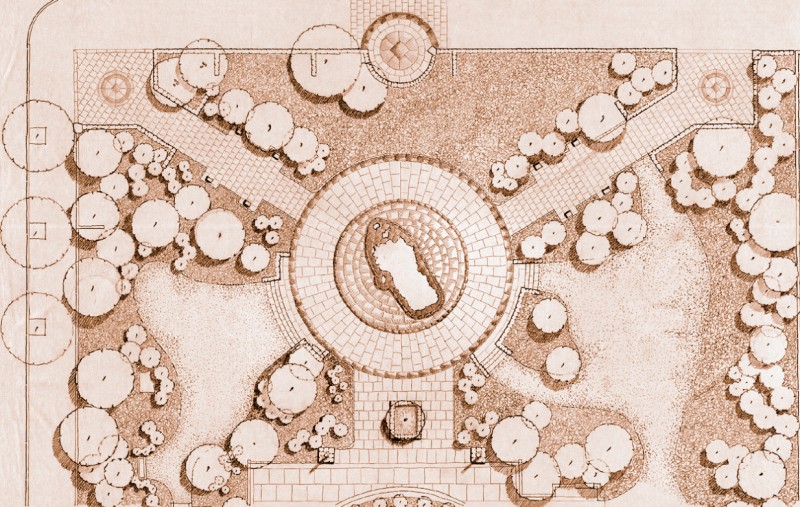